In 2014 Dirk Huizinga of Bant joined us to strengthen itself for the middle distance (>500 km). At that time Dirk was voted best lover Netherlands, So we thought it was a great honor that he came to us. Many years then we still have a very good and nice relationship with Dirk.

One of the birds that went to him at the time was the 14-771, a grandson of our super pigeon Fortuna (6x 1e). In addition, Dirk still had some of our pigeons and a few made it very good for posterity in Bant. Dirk took so many 1st prizes from the pigeons he took us and he was able to take a step in his middle distance ambitions.
Happy, and a top fancier like Dirk would maximize, we were convinced.

From 14-771 turned out to be one of the best. He was renamed Mister Burgum Dirk. Named after our previous residence.
There were several very good widowers from Mr.Burgum and he may be called a breeder with law.
Among other things 4x top 10 NPO at the middle distance:
2e NPO Troyes van 5964 pigeons
4and NPO Chateauroux van 4895 pigeons
4increasing Chateaudun van 2381 pigeons
8e NPO Troyes van 5964 pigeons

Na 5 Mr.Burgum years now on our lofts and we are very happy.
Below are pedigree: 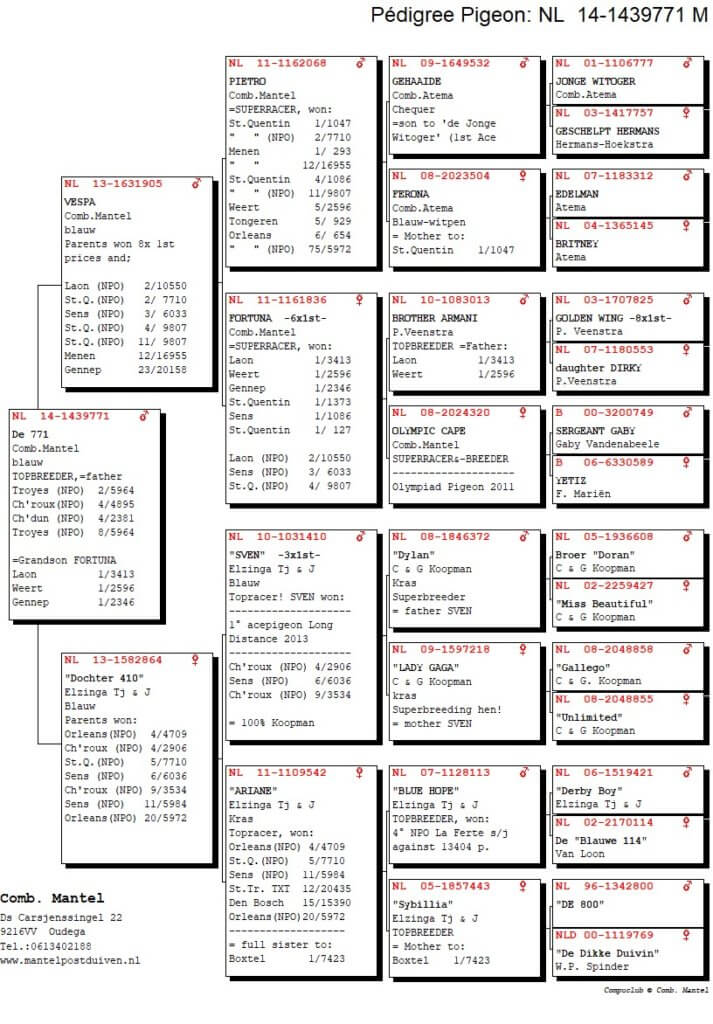